Reading through Pioneer’s facebook page, it’s quite apparent there are a lot of angry customers out there wondering if and when this Carplay software release is ever going to happen.

Who can blame them?  Looking at Pioneer’s website, there have not been any updates or changes to their Carplay description which clearly states an expected firmware update to be released by Summer 2014.  With the end of Summer quickly approaching, customers are becoming fed up and wondering if this feature is ever going to be released.

As an industry insider, I can sympathize with both frustrated customer and the manufacturer, who presumably has run into delays and is operating at the mercy of Apple.  Regardless, I strongly believe Pioneer should say something – anything – just at least acknowledge the delay and reassure customers the release is on its way.  However, legally, they may actually be unable to do so.  At this point Apple may be controlling the show.

Any company who works with Apple (and wants to legally bare the Apple badge on their product) has to undergo Apple Certification which can be a long and lengthy process.  If Apple is going to allow you to use their logo, they want to be certain your product holds up to the same kind of quality and standards as their own.

A few weeks ago, I spoke to a source close to Pioneer regarding Carplay.  They were pretty sure the Carplay firmware update would make the Summer 2014 deadline and assured me that Pioneer was doing everything they could to make it happen.  They informed me that Pioneer had flown in engineers from their corporate headquarters in Japan, and that they were diligently working side by side with Apple 7 days a week to try and meet that deadline.

Today I was told that after extensive product testing, Pioneer is all done on their end and are simply waiting for Apple to give the okay.  It is rumored that Apple may be waiting until the release of their iPhone 6 which is scheduled to go on sale September 19th – which is still technically Summer 2014.

Aside from Carplay, Pioneer fans have also been waiting for a firmware release to integrate iDatalink Maestro capabilities.  When pressed for an update on iDatalink Maestro integration, I learned this update was sort of placed on the back burner until all the Carplay bugs were worked out and the firmware was released.

Pioneer and Apple fans alike will just have to hang in there a little bit longer – hopefully, not too much longer. 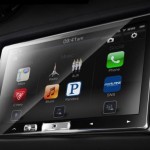 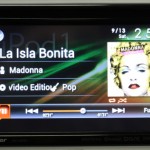