According to Alpine, this is the world’s first car stereo dedicated to the Apple CarPlay experience. The iLX-007 is a Mech-Less unit (meaning no CD mechanism) which is a growing category in this industry.  This new CarPlay model from Alpine features a 7″ capacative touch screen designed to look, feel and fit just like an iPad or in your dash.  CarPlay will allow iPhone users to access apps such as Maps, Spotify, iHeart Radio and Beats as well as utilize Siri to send, read and reply to text messages for you.

Like most Alpine car stereo models, this new model is Power Pack ready.  Additional features include 3 preouts (2 volt), back up camera input, and aux input.  This new tablet style stereo from Alpine also lists the feature “CarPlay wifi ready”.  Without any further elaboration at this point from Alpine, I am assuming this means it tethers off of your iPhone for internet access allowing users to access many of the apps on screen that require internet access (much like Kenwood’s wifi enabled receivers such as the DNN991HD).

It’s possible users will be able to access an internet browser from the dash when the vehicle’s parking brake is engaged, but at this point that is my own personal speculation.  We will have to wait for further information.  More details are expected to become available after Apple’s press event currently scheduled for Tuesday September 9th where industry analysts expect the iPhone 6 to be announced.

This model does not feature iDatalink Maestro integration, however we may see additional models come out in the future that do support this feature (hopefully along with other desired features such as 4 Volt preouts and 9 Band EQ maybe?).  This may be the first in a whole new line of CarPlay head units from Alpine.  Alpine’s anticipates this model to be released and begin shipping this month.  If that’s the case, you can expect to see this model in stores in early October. 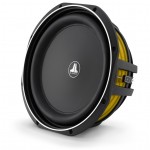 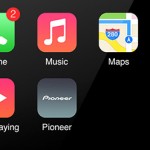