Have a really cool iPad installed in your dash as your car stereo, but totally bummed out you can’t use your factory steering wheel controls with it?

Well bum no more.  It was only a matter of time.  Installing an iPad into your dash as your car stereo is pretty cool, but it does (or did) have a few limitations:

Thankfully, someone was smart enough to come up with a solution for the steering wheel control conundrum. 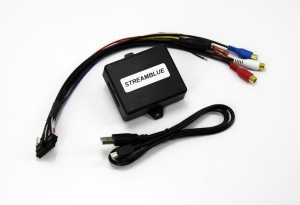 For $499.95, NAV TV has provided an interface that will work in conjunction with popular steering wheel control interfaces such as PAC Audio’s SW-IRC, Metra’s ASWC-1 and iDatalink’s Maestro. 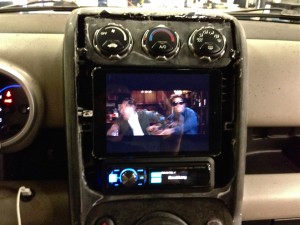 Yes, the iPad car stereo installation in our Honda Element doesn’t look like much at the moment, but more importantly, it sounds freaking awesome.

Our Honda Element is one of those continual works in progress.  It was coming together really nice and it was sounding pretty awesome (using Alpine’s PXA-H800 and RUX-C800, Morel Elate Hybrid Components, JL Audio 12 W6 and Audison Amplifier), but John wasn’t happy with how the HVAC controls were sitting and decided to start from scratch, again.  This poor car is like the cobbler’s kid who goes shoeless.  And I am also not unlike the cobbler’s kid, check out these babies. 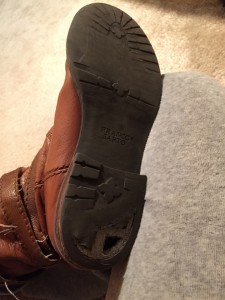 Back to the iPad car stereo interface at hand.  NAV TV tells us:

“StreamBlue is a super high-quality Bluetooth 4.0 with EDR (extended data rate) audio streaming interface that provides a seamless and secure bi-directional wireless connection with your tablet or smart phone.

StreamBlue supports pairing of up to 8 different devices and provides a 12 volt, 1 AMP remote output whenever a Bluetooth connection is active. Additionally, when used in an application where a tablet or smart phone is used to replace the factory radio, the StreamBlue, coupled with a vehicle-compatible steering wheel control interface from PAC©, Metra© or iDatalink©, allows steering wheel control functionality for safety.”

Pretty cool, right?  Now I just need a car with steering wheel controls to try this in.  The NTV-KIT510 can be purchased through an authorized NAV TV dealer.  Contact NAV TV to find a dealer near you.