This week in the shop

When you have clients that are car collectors, you get to see and work on the occasional unicorn like this Renault Sport Clio V6. This particular Renault made its way to America from Japan. At the moment, this is the only one here legally in the country. It was marketed and sold as the Lutecia due to Honda owning the rights to the name Clio in Japan.

Jeremy Clarkson famously once stated, “In my perfect ten car garage I would definitely have one of these – no question.” Yet, there were only 1,309 production vehicles made between 2003-2005. Finding one, especially in such great condition, is incredibly rare.

This rear mid engine, rear wheel drive hatchback boasts 255 horsepower with an impressive 0-60 second time: a mere 5.9 seconds. Which doesn’t sound like a lot in todays world of electric vehicles capable of launching to 60 mph in under 3 seconds, but for a 6-speed manual made 20 years ago, that’s exceptionally fast.

This Renault Sport Lutecia V6 made its way to our shop as it arrived stateside with a hole in the dash where the radio should have been. For some unimaginable reason, whoever removed the previous radio felt it necessary to hack off the harness rather than simply disconnecting it from the radio (why????). Identifying wiring and installing a new radio was no problem for our skilled technician.

This particular client has an impressive car collection with many rare and exotic models. He could drive any number of vehicles from Lamborghini, Porsche, Acura, Mercedes etc. Yet more often than not, he stated this is the car he prefers to take out and I totally get why.

As the owner of a 2013 BMW 135i M Sport 6-speed manual, I understand exactly what this client means. I know my old BMW isn’t the fastest and it would surely lose in any race against the Clio Sport and any number of newer cars out there, but I would still choose to drive it any day over a newer BMW model. Some cars simply have the power to stir up a special kind of nostalgic and simple joy. The kind of joy you used to get as a kid in your friends go kart tearing it up and down and around the cul-de-sac on your neighborhood street. Sometimes what makes a car great isn’t how fast it is or how attractive its styling, but simply how it makes you feel when you’re driving it. The Renault Sport Clio V6 definitely falls into that category. 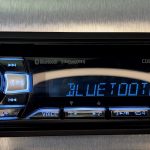 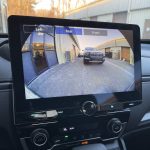