My regular readers probably already know this, but I am a huge fan of Sony. So it’s no surprise that I am super excited about the new Sony XAV-AX200. Like the current XAV-AX100, the XAV-AX200 is both Apple CarPlay and Android Auto compatible.

I already have the XAV-AX100 in my Jeep Wrangler and have been loving it. It’s easy to use, sounds great and has a very clean, minimalistic appearance – yet it still has a volume knob – which I totally love and use all the time even though I have steering wheel controls. Despite that, as soon we receive these at our shop, I will be upgrading to the XAV-AX200.

Sony XAV-AX100 and XAV-AX200 – Clean matte black finish, simple and easy to use

At the showroom in our shop, most of our customers naturally gravitate toward the Sony XAV-AX100. They like the clean look and they really like the volume knob. However, there are a few key features missing that are certainly deal breakers for some of my customers. This inevitably leads me to steer them away from Sony over to a Kenwood, Alpine or a Pioneer. The Sony XAV-AX200 addresses these deal breaker features and I gotta say, they’re being really clever about it from a marketing standpoint.

When the XAV-AX100 first came out, it sold for $499.95 and we sold quite a few at that price. At the time, that was the entry level price for a head unit that was both Apple CarPlay and Android Auto compatible. Not too long after it came out, Sony got a bit more aggressive and put it on sale to $449.95 and then $399.95. Finally they just decided to keep it at that new lower price. With an expected retail price of $499.95, the Sony XAV-AX200 has a lot more features for only $100 more. Features that will steal market share away from Kenwood, Alpine and Pioneer. Let’s review.

It appears that once again, Sony is nailing it when it comes to features, sound quality and value. I expect to sell a lot more Sony once the XAV-AX200 arrives and I expect my Jeep Wrangler to look more like the one below very soon. 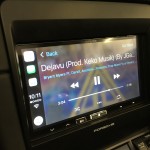 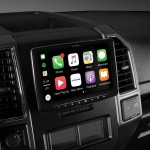