In the summer of 2016, a potential new customer contacted our shop in Brookfield, CT about aftermarket Apple CarPlay for Porsche 991. At the time, I had nothing but rumors and hearsay to go off of. According to my sources, there were no such products on the market or in development. It was on the radar of a couple manufacturers, but nothing had been planned for product development – they were still probably 6 months to a year away from releasing even a prototype. I kept notes about our conversation and periodically checked for updates with NAV-TV and iDatalink, two of the companies that had been rumored to be working on it.

Earlier this summer I received a follow up call from the same customer so I put another call into NAV-TV for the latest update. I found out they were just weeks away from releasing an aftermarket radio interface for select 2012 – up Porsche 911, 991 and 2011-up Cayenne. After more than a year of waiting we finally had the right parts available to replace the stock stereo and retain the Bose M.O.S.T. fiber optic amplifier.

When the NTV-KIT835 finally shipped we still had lots of unanswered questions about what factory features would be lost and what features would be retained. At the time, NAV-TV wasn’t sure if the reverse park assist sensors would remain since their test vehicles were not equipped with that feature. After installing the interface, we were happy to find out the audio was retained, however the park sensor visual display was lost.

With the help of a vehicle wiring schematic, we were able to identify the OEM reverse camera wiring and retain the factory camera and dynamic park assist lines.

The NTV-KIT835 is a bit more advanced than previous NAV-TV radio replacement interfaces. Like other NAV-TV interfaces, fader control directly from the aftermarket head unit is not available. However, it is available through a new special menu labeled “NAVTV HUR” accessible under the audio display in the instrument cluster along with input gain, bass and treble.

Since the customer had long been awaiting installing an aftermarket Apple CarPlay receiver in his Porsche 991, he had already obtained the dash installation kit from Suncoast parts. At the moment, that is the only aftermarket radio installation kit available that I am aware of and it is a tight fit. For that reason, we recommend sticking with a non motorized touch screen or mechless style head unit for the best fit and cleanest look.

In this particular Porsche 991 we installed the Alpine iLX-107 which is a wireless CarPlay receiver. Unlike many other Alpine receivers, this model is made in Japan. When compared to other Alpine receivers, you can see and feel the difference in quality – both in the design and in the physical weight and construction. The Alpine iLX-107 has a very clean minimalist look and does exactly what it’s designed to do – aftermarket wireless Apple CarPlay.

We routed the aftermarket Alpine USB input directly to the OEM USB location in the glove box for a clean factory appearance. In addition to adding Apple CarPlay to this Porsche 991, we added a discreet front camera.

A front camera can help you avoid those annoying under bumper scrapes that occur too easily in vehicles with such minimal ground clearance. Although the iLX-107 does not have a dedicated front camera input, it does have an A/V input. This feature is viewed by simply selecting the A/V input on the home screen.

The Alpine iLX-107 isn’t for everyone – it lacks a few features such as:

However, if you’re an Apple fan, you’ll love the convenience of wireless Apple CarPlay and the clean, yet functional, minimalist appearance.

If you’re near Brookfield, CT and want Apple CarPlay for your Porsche 991, 911 or Cayenne, contact Sounds Incredible Mobile today for more details. Live outside of the CT or NY area? Contact NAV-TV to find a dealer near you and enjoy the benefits of an aftermarket Apple CarPlay receiver in your Porsche. 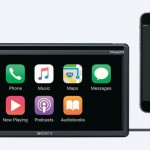 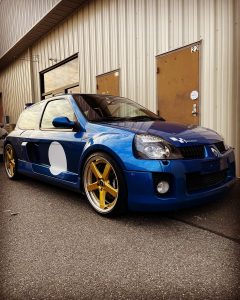