Although I couldn’t make it to CES 2017, I was excited to see that Alpine finally appears to have the right combination of features and price point with at least one of their two brand new 2011 and up Jeep Wrangler dedicated head units. The Alpine i209-WRA and X209-WRA are both scheduled for release April 2017.

I think the bigger seller here, by far, will be the Alpine i209-WRA which is their new mechless 9″ stereo featuring Apple Carplay and Android Auto. Aside from being water resistant and dustproof*, this model adds a ton of features that were lacking in last year’s model i109-WRA such as:

*A note about the IP54 rating which is defined in two parts according to Wikipedia: Ingress of dust is not entirely prevented, but it must not enter in sufficient quantity to interfere with the satisfactory operation of the equipment; Water splashing against the enclosure from any direction shall have no harmful effect. Having said that, it’s kind of like dropping your iPhone in the snow – pick it up, dry it off and it will survive, but you probably wouldn’t have the same luck if you submerged it in water for an extended period of time. It’s not entirely infallible to the elements, but can withstand a decent bout of dust and rain which is inevitable for Jeep Wrangler owners.

**Correction 2/8/17 – a previous publication of this article stated this model lacked an HDMI input. After receiving some conflicting information, Alpine has clarified and confirmed HDMI input is a feature of the i209-WRA.

So what’s the Alpine i209-WRA going to cost you?

Both models feature a 7″ touch screen, Apple CarPlay and Android Auto, SiriusXM capability, HD radio, Bluetooth plus an on board DVD/CD Player (which the Alpine i209-WRA lacks). Both models come with a 1 year warranty when purchased from an authorized retailer.

When you add the iDatalink Maestro module, the Maestro harness, the FM/AM antenna adapter, the dash kit, the USB flush mount/retention adapter and installation you’re looking close to $1150 installed for either one.

Want an on board GPS navigation and a DVD player too?  That’ll cost you.

How well these models sell will certainly depend on the market. I can tell you in our area, I can see Jeep Wrangler owners making the $850 leap from a 7″ Kenwood or Pioneer Apple CarPlay and Android Auto head unit to the Alpine i209-WRA. I’m not so sure about the X209-WRA, but time will tell.

What do the Jeep Wrangler owner’s out there think? Which model would you be more inclined to install in your Jeep Wrangler? The i209-WRA or X209-WRA? 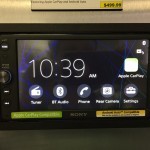 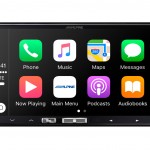