After months of anticipation and waiting, many consumers will be disappointed to learn that the Parrot RNB6 has been cancelled. Parrot recently announced the company no longer has plans to develop and sell the RNB6 in the aftermarket electronics arena.

The original CES 2015 post on Parrot’s blog has been quietly updated to reflect the Parrot RNB6 cancellation with the following short and simple notice.

“[July 2015 update] RNB6 project was showcased at CES Las Vegas in January 2015. This infotainment system was selected by several automakers who envision to integrate it in their next-generation car models next year and beyond. As of today there is no plan to sell RNB6 in Aftermarket channels as RNB6 embedded technologies require deep integration with car series and manufacturers. www.parrotautomotive.com“

If we click on that Parrot Automotive link above we see some of their more recent press release articles confirming these automotive partnerships including a recent announcement stating they’ve partnered with Chrysler. Don’t get too excited though, the article goes on to explain this partnership will be focused on developing Jeep head units in the Japan market only.

Another press release article from this automotive website boasts the announcement that a premium German car maker has selected Parrot to develop its new premium rear seat entertainment system featuring:

Clearly Parrot is focused on the OEM division and I can’t say I blame them for canceling the RNB6.  Supplying car manufacturers with infotainment systems could represent a substantially larger revenue stream for Parrot vs revenue obtained from the aftermarket sector. In terms of market share, I’m sure the car manufacturers represent a much larger chunk of the market than aftermarket consumer electronics. I wonder what kind of investment and undertaking Parrot will have to do to develop and implement these systems with the car manufacturers.

As a business owner, I feel a little bit nervous for Parrot going this route. Knowing what I know now, I would take a different approach than Parrot. If I had to choose between selling my products and services to 100 qualified customers who are specifically seeking me out and desire my assistance for a specific solution vs selling my products and services to a large middle man who happens to be serving 10,000 of his own customers – I’m gonna go ahead and keep it simple stupid. Keep in mind, that middle man (aka car manufacturer) needs a solution that will satisfy a WIDE variety of customers. Oh, and you know he’s going to beat you down on price because he needs to keep his overhead cost as low as possible.

Sometimes it’s better to just do what you’re good at for the people who appreciate it vs trying to grow your business and make everyone happy. I’ve already made that mistake in my life and I learned my lesson the hard way – both financially and emotionally. You can’t make every customer happy, but you can certainly lose a lot of time and money trying to do so – especially if they’re big customers like Chrysler or some premium German car maker (BMW? VW? Audi? Mercedes?).

Consumers may not understand this decision on face value, but if we look at Parrot’s annual financial reports, it starts to make more sense. As of 2008, a large majority of Parrot’s earnings came from the aftermarket sector, roughly 71% of all revenue. At the time, Parrot owned roughly 85% of the automotive bluetooth market share, but only 16% of their business came from the OEM division.  They’ve been growing that division ever since.

At the end of the day, every company needs to be in the black and I’m sure this decision has everything to do with their bottom line. For Parrot’s sake, I hope they can make this a profitable venture. 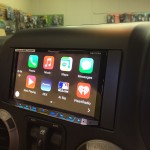 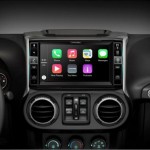