Well, it was more like 2 weeks ago in the shop I had the pleasure of doing an installation for a reader who graciously made the 2 1/2 hour trek from Boston to our shop in Brookfield, CT.  Raj has experience in the tech and infotainment industry and he was just as excited about seeing Android Auto in action as I was.

I had some reservations about doing an install for a client driving all the way down from Boston. Only a few weeks prior, we had another customer down from the Boston area with a BMW E46 and we ran into some minor issues that were made much more difficult due to the logistics involved. It was late Friday afternoon. The vehicle was in the garage and the installation was in progress when we realized the dash kit company shipped us a 5 series double din kit in a 3 series E46 double din package.  Hello Murphy! We were left with few options and very little time to remedy the situation. So, my husband John did what he could – pulled an all nighter and fabricated his own kit.

So, needless to say, I was a little hesitant about another Boston client coming down on a Friday for an installation. I thought to myself, “What could go wrong this time that would be difficult to remedy based on the customer’s place of residency?” John reassured me it was a lot more straightforward than the 3 series and there was a lot less that could go wrong. It was essentially a head unit install with some cables routed to the center console. Plus, he reminded me we would be using tried and tested Nav TV parts. I convinced myself everything would be fine with this Porsche Cayenne navigation upgrade, but in the back of my mind I was still paranoid about what could go wrong when a client travels such a long distance for the purchase and installation of car electronics.

I’ve been alive long enough to know that Murphy is always lurking around, but let’s forget my paranoia for a moment. The Pioneer AVIC-8100NEX really was the perfect solution for bringing this 10 year old vehicle’s navigation system up to date. The goal was to replace the old outdated Porsche navigation radio with a capacitive touch screen navigation radio that supported both Apple CarPlay and Android Auto.

Even though the Porsche Cayenne was equipped with the fiber optic MOST Bose audio system, with the right parts, it was going to be a relatively straight forward job.  Nav TV makes a pretty cool interface that allows you to retain the stock fiber optic Bose amp called the MOST HUR-955.

Having sold and installed several of these kits before, I wasn’t too worried about that part of the install. Besides the interface, there are several different dash kits available for this vehicle. Metra makes one and so does Nav TV. We used Metra’s ASWC-1 steering wheel control interface and Nav TV dash kit.  Although the Nav TV Porsche dash kit is more expensive than the Metra version, it is made in Germany and has the same exact appearance, quality, texture and finish as the factory radio.

Shortly after Raj first inquired about the 2005 Porsche Cayenne navigation upgrade, we touched base on the phone to go over details. I quickly typed up an estimate that he agreed to. With an install date set, I started ordering in parts.

This is when Murphy made his first appearance in our 2005 Porsche Cayenne navigation upgrade.  After taking a deposit and ordering up parts I realized I made a pretty big mistake.  Although I told him about the Nav TV MOST HUR-955 – I explained to him what it was and how it worked – I umm, sort of somehow forgot to put it on the estimate and subsequent invoice. Yikes! Talk about an expensive error. Unable to absorb that additional cost, I made the phone call to explain the error I made in my estimate.

I didn’t know what to expect. I would be pretty peeved if someone sprung an additional $600 part onto my estimate, but Raj was quite understanding and still wanted to move forward with the job. Sweet! I was excited. This was going to be our first install with a customer who actually had a compatible Android Auto device, the Google Nexus 6.

The Pioneer AVIC-8100NEX comes with two USB ports.  USB 1 for Apple CarPlay and USB 2 for Android Auto.  Additional inputs include HDMI and AUX.  We planned to route all 4 into the center console for the 2005 Porsche Cayenne.

Everything with the installation was going as planned until about 4:00 in the afternoon, right about when John would have been wrapping things up.  Uh-oh – here comes Murphy again! With the radio powered up and the interface wired in we had no audio. John removed the Nav TV interface and tried to do a software update. It was not recognized by our computer.

John spent over an hour testing and checking while on the phone with Nav TV tech support. Meanwhile, I had a major meltdown realizing we had been shipped a bum part. After explaining the situation to Nav TV (“You know, the customer is not from our area and can’t just pop back in Monday after you ship us a new part”) they managed to ship a replacement part out next day Saturday delivery which I’m sure cost them a pretty penny. We explained the situation to Raj and I drove him over to Enterprise to pick up a rental so he could drive home while we waited for the replacement part to arrive.

Raj was extremely understanding about the situation and he attributed this to being in the tech industry and having been in similar situations. On the way over to Enterprise he asked me, “So what was the part that was defective?”  I responded, “It was that $650 part that I forgot to put on your receipt.” He burst out laughing. I’m glad he thought it was funny, he handled the news much better than I had.

The next day UPS arrived at 9 AM with the replacement interface and it worked like a charm. I have had such a low defective rate with this manufacturer that I was really surprised to have a defective part. Nav TV makes nearly all of their parts right here in the USA and quality control tests each and every one before shipping. Thankfully they stand by their product and they were quick to make it right.

At the end of the (next) day we had a very happy customer with a pretty sweet 2005 Porsche Cayenne navigation upgrade.  Raj, I hope you’re enjoying it! 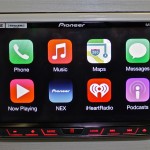 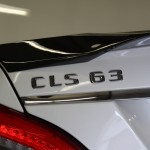