Pioneer really hit a home run this year.  I think it’s pretty safe to say the Pioneer AVH-4100NEX is the best double din head unit of 2015.  Lately, it’s all I sell at the shop. Customers are initially attracted to this model based largely on the great cell phone integration features.  This unit is flexible in that it supports both Apple CarPlay and Android Auto. As of this writing, no other brand offers a model that does both.

Pioneer set it up in a pretty smart way.  For two phone families (or the person who has an iPhone for personal use and Android for work), you can change a simple setting in the menu to switch between modes.  Both devices can be connected at the same time as Apple users will connect to USB 1 and Android users will connect to USB 2.  This unit is so jam packed with great, functional features.  The only reason you’d want to move up in head unit is if you needed something with on board GPS.

With Apple CarPlay and Android Auto, you can effectively turn this head unit into a GPS unit – assuming you have cell service.  That’s the only downside to these features.  If you drive into areas that lack cell service, you lose these Android Auto and Apple CarPlay features because they rely on a cellular data connection from your phone. Depending on where you live and drive, this may not be a concern.

In our area, it’s not much of a concern for most.  For the customers who really rely on GPS and drive into areas without cell service, they prefer to have on board GPS which works regardless of cell service.  These folks usually step up to the AVIC-7100NEX or AVIC-8100NEX both of which have on board navigation in addition to Apple CarPlay and Android Auto.

Most people are sold on this stereo once I plug their phone in and they see the awesome integration ability of Apple CarPlay or Android Auto.  However, aside from these two very popular and convenient interfaces, the AVH-4100NEX actually has a lot more to offer.

Disclaimer: Android Auto is supposed to work on all Android devices with Lollipop 5.0 and up, however I’ve had a few customers with Lollipop 5.0 where it was not yet functional including the Nexus 6 – I’m sure this will be resolved soon, but to really test functionality I recommend you try connecting your own phone in a showroom with a functional, up to date model. Apple CarPlay will only work with iPhone 5 and up.  UPDATE 5/11/15 – Just tried with a customer’s Google Nexus 6 with Lollipop 5.1, worked no problem.

So a few years ago I’d tell you Pioneer sounded like garbage and to never build a high fidelity audio system using a Pioneer double din.  They were usually good with features, but they typically sounded muddy and lacked warmth, clarity, richness and detail.  Thankfully, Pioneer really stepped up their game in the sound quality arena, most recently with their App Radio 4 and these sound quality features carry through to all the 2015 NEX models.  I can’t say for sure that this unit sounds better than my Sony XAV-701HD.  I have a feeling using an iPod or CD as a source, the Sony will still have the slight advantage.  However, I’m sure the Pioneer will sound better playing FLAC audio files because – oh, yeah, it can play FLAC audio and guess what, my Sony can’t.

The best double din head unit of 2015 includes a lot of convenient audio control features including a 13 band EQ.

Digital time alignment – both a basic version and advanced.

Listening position is time alignment for the less tech savvy.

Built in crossovers for front, rear and subwoofer with slope adjustment.

With all of these audio control tools along with a 4 volt pre-amp output and FLAC audio playback ability, the AVH-4100NEX can easily serve as the source in a high fidelity audio system.

I think most consumers expect these features, but they are surprised to find out similar head units such as the App Radio 4 or Alpine iLX-007 lack some of these options.  If you want Apple CarPlay and SiriusXM this is where it starts.  Both Pioneer’s App Radio 4 and Alpine’s iLX-007 are not SiriusXM ready.  Although I don’t care for SiriusXM, some people have to have it.  The aforementioned models also lack a CD player.  Not a deal breaker for most, but sometimes you want to keep your options open.  And that’s really what this head unit does.  I can’t think of anything it lacks other than on board GPS and if you need on board GPS, check out the AVIC-7100NEX or AVIC-8100NEX.

It’s one of the very few quality double din heads I’ve come across that has a detachable face.  I think this thing belongs in my Jeep because of that feature alone.  It’s all these little features that add up to make this such a great head unit.  Unlike Alpine’s iLX-007, if you don’t feel like connecting your cell phone through the USB port, this model does have Bluetooth for both handsfree calling and audio streaming.  You just can’t use Apple CarPlay or Android Auto unless you’re connected.

Although Pandora is supported with both iPhone and Android Auto I will tell you it’s a bit quirky to switch to this source for Android users.  Because Pandora communicates through Bluetooth with Android devices, Android users must change their Smartphone settings when they wish to use Pandora.  Oddly enough, in the Smartphone Menu it appears as though Pandora is an optional source when Smartphone settings are set up for Android Auto:

However, Android users will not be able to select Pandora when connected through USB 2 in this mode.  I believe this is due to the Android Auto software interfering with Pandora.  Once Android Auto is launched it locks the phone out so you must control everything from the stereo. The idea behind this is to get you to stop playing with your phone while you’re driving and rely more on voice control.  Well, that’s great, except Pandora isn’t an Android Auto compatible app so it leaves you no way to launch the app.

Depending on what Android device you have, you may simply have to disconnect your phone from USB 2 in order to launch Pandora OR you may have to go back into the Smartphone Setup and switch Android Auto to Off or switch the Connection type to Bluetooth.  A bit of a pain in the arse right now, but something I think Pioneer, Pandora and Android Auto are working out.  This is only an issue for Android users, Pandora doesn’t have any hiccups for iPhone and Apple CarPlay users.

Thankfully it’s easy enough to switch between Apple CarPlay, Android Auto and Bluetooth for Android users wishing to access Pandora.  The settings menu of this head unit is laid out in a very functional and logical way.  For anyone who will be accessing this menu often (multi-phone users), you can simply create a shortcut and make the Smartphone menu a favorite.  Favorites are accessed by tapping the star on the upper left tab.  Below you will see a few favorite menu pages I selected based on use in our store demonstrating this model:

It’s the little things that matter

Although this may seem like a frivolous feature to some, the ability to customize and personalize the display is important – to me and to a lot of consumers.  Matching the display to your vehicle’s interior is a perk that makes this double din head unit even more desirable.  The Pioneer AVH-4100NEX has a very flexible and customizable display menu.

You can also populate the home page with your favorite and most commonly used sources.  It’s really easy to do.  Drag and drop to the top bar and you’re done.

As previously mentioned, I can’t think of any features this head unit is missing.  It even has an HDMI input – not that I think you should be using it for anything, but it has it. The attraction begins with the Pioneer AVH-4100NEX when you see the Apple CarPlay and Android Auto functionality, but it really reels you in with all the other features:

Unless you need on board navigation, you should visit a shop that carries it and take the Pioneer AVH-4100NEX out for a spin. It’s something you really should see in person and try with your own phone so you can get a feel for how it works. Until Kenwood releases their long awaited Apple CarPlay/Android Auto DDX9902s and DDX9702s or Parrots releases their RNB6, I think it’s safe to say the Pioneer AVH-4100NEX has the lead for best double din head unit 2015.

Recommended install accessories and tips for the DIYer

If you’re going to buy the AVH-4100NEX and install it yourself, there’s a few accessories you may want to pick up to make your install clean and functional: 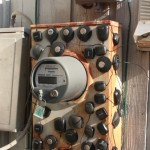 Why SiriusXM Sucks - What to know before you buy & subscribe 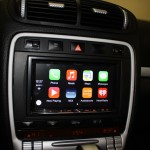