While at CES 2015 I was able to take a peak at the new Parrot RNB6.  The Parrot RNB6 definitely has the most vibrant and responsive touch screen of all Android Auto and Apple CarPlay compatible head units that I have come across.  It’s a high quality screen and it shows.  The image was not at all washed out despite being under bright display lighting.  I assume the Parrot RNB6 will be replacing the Parrot Asteroid Smart which is a head unit that I’ve always had mixed feelings on.

The Parrot Asteroid Smart worked on a similar platform, running an Android operating system and then tethering off your cell phone for wifi to allow access to various apps including a web browser, email, navigation apps and various audio apps.  What I didn’t like about the Parrot Asteroid Smart was it’s sound quality.  It was sub-par.  For a $500 stereo it sounded like a $50 Walmart special (think Boss stereo).  It also lacked standard steering wheel control integration, it required the Parrot Unika which had limited vehicle compatibility and lacked many American vehicles.  Thankfully, Parrot has teamed up with Metra and together they have come up with a solution for that.  The AX-SWC-PARROT will allow for Metra’s ASWC-1 steering wheel control interface to work with Parrot products.

The verdict is still out on sound quality.  Unfortunately, Parrot did not have an in car display set up for a true audio demonstration.  In fact, I don’t even recall any audio playing from the Parrot RNB6 models themselves.  At each display stand, there was also a monitor above demonstrating the features and capabilities.

The Parrot representatives were more than happy to scroll through the various pages of audio adjustments under the Parrot AudioFX menu.  Ever the skeptic, I’m not convinced just yet.

Parrot is known for their innovation, their Bluetooth hands free and their Drones.  They’re not exactly a car stereo head unit company so I will not be convinced on sound quality until I hear it.  If it’s anything like the Asteroid Smart, I will be sorely disappointed. On paper however, the Parrot RBN6 looks like it should perform well.  It features:

I definitely think the Parrot RNB6 has the brightest and most responsive capacitive touch screen of all Android Auto and Apple CarPlay compatible head units so far announced.  You can truly see the vibrancy.  The RNB6 screen quality is probably the closest in quality to your actual smart phone screen.  These sample models were all under bright show room lights and still incredibly vibrant.  This is an important feature and I think it’s a key advantage Parrot will have over Alpine, Kenwood and Pioneer.

Additionally, it includes Parrot’s stereo microphone – this appears to be the same microphone that comes with their MKI9200 Bluetooth which is the best sounding handsfree kit I have heard or used.  Meaning call sound quality is great – very little background noise, calls are heard clearly thanks to the noise canceling stereo microphone.

The Parrot RNB6 is similar is size to Alpine’s iLX-007.  It’s quite shallow making installation easier in many vehicles.  For example, I doubt heat and A/C ducts would have to be modified if installing this in a BMW E46.  Other cool perks include Parrot’s Dash Cam.  It’s unclear whether or not this unit will be shipping with the Dash Cam or not.  I believe that is Parrot’s intention.

In Europe it is mandatory to have a Dash Cam installed.  I think that’s a great idea.  I know I’ve been looking at installing BlackVue’s Dash Cam DVR in my own vehicle.  I’ve had too many near miss accidents due to idiots that can’t drive and don’t know or care who has the right of way.  In fact, recently it scared me how angry and aggressive I became after 3 different idiots pulled out in front of me within less than a 1 mile stretch.  I think driving around with a Dash Cam DVR would calm me down a bit and make me a safer, less aggressive driver.  At least I would feel like I had a built in witness on my side should I ever be unable to avoid one of these morons.

Other cool features include OBD2 integration for on screen vehicle information.  Check out all the ports on the back of this stereo.  Besides OBD2, there are two HDMI inputs, one standard USB (assuming for Android Auto) one USB for iPod/iPhone (assuming for Apple CarPlay), external GPS antenna connection, Steering Wheel Control connection, Dash Cam connection and an Ethernet connection – which I was told will be for future use and expansion.

But wait – there’s more!  Here are the features that people get really excited about, but will probably only work with a handful of cars.  Parrot’s demo of the RBN6 included screen shots of:

I asked Parrot how this is being accomplished and they told me it was through CAN.  CAN stands for Control Area Network (little side note here – I learned about CAN years ago from Larry Perzan who sadly passed away last weekend.  Larry owned and ran Perzan Auto Radio in Upper Darby Pennsylvania.  He was a true innovator and genius when it came to car electronics and installation.  He was an invaluable asset to this industry and he will be missed dearly.).  CAN is basically just communication lines.  It’s kind of like positive and negative, cars with CAN have CAN hi and CAN lo wires.  Information from the vehicle computers and modules flow along these lines.  By tapping into and reading CAN this information can then be displayed and even integrated with (this is how iDatalink’s Maestro works).  So I have a feeling that in order to use these features, your vehicle will already have to be equipped with these systems and this information must also be communicated on the vehicle CAN Bus system.

Overall, the Parrot RNB6 looks quite promising.  I can’t wait to take a listen to one in my shop on my own sound board.  Parrot did not have an estimated price or release date at this time – they are still working out the details.  My guess is it will be similar to other soon to be released Apple CarPlay and Android Auto compatible models and fall in the $700 – $800 price range, but please understand that’s just my professional guess.  If they do end up packaging it with the Dash Cam, I would expect it to be in the $1100 – $1200 price range.  I will be sure to post an in depth review once the product ships and I get my hands on one. 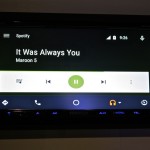 What's the cost of an iPad car installation? 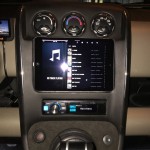 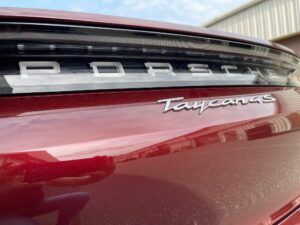