Is this the end for Sony? Car Stereo Chick doesn’t think so.

After Friday’s corporate strategy meeting, the media started churning out headlines like “Sony fights for its life: NYT” courtesy of CE Outlook and “How Sony Fell Behind in the Tech Parade” courtesy of the New York Times.  After reading both articles, it became quite apparent that Sony hasn’t made any money since 2008.  That’s a long time for a company to survive without profits and with record losses.  Many experts are doubtful that CEO Kazuo Hirai, who was recently appointed CEO as of April 1st, can turn Sony around and save the company.

Sony’s focus has been too far off for too long.

I’m not so sure that Sony is going under, but one thing I do agree on is that Sony hasn’t turned out a very innovative or exciting product for a while.  I think this is especially true when it comes to their mobile electronics line.

Our retail store gave them up years ago when they put their specialty line, Sony Mobile ES, to rest.  I think what has attracted consumers to Sony’s mobile electronics, in recent years, is the price point.  Sony has been so focused on offering competitive pricing for popular features that they seemed to have forgotten to focus on functionality and reliability.  Why produce a $129 retail stereo that offers Bluetooth if the Bluetooth works poorly and is incompatible with many popular phones?

On the occasions where customers have brought in these stereos for us to install, they would always gripe, “Everyone complains that they can’t hear me when I use the Bluetooth on this stereo” or even worse “My phone won’t connect with this Sony stereo I just bought!”

Unfortunately for these customers, I didn’t sell them the stereo, I just installed it for them.  Had they bought the stereo from me, I would have sold them a Kenwood, Alpine or Pioneer.  Sure it would have cost them $20 – $50 more, but it would have worked.

How much is brand recognition worth?

Despite their record losses, Sony still has its name.  Unlike many other mobile electronics manufacturers, Sony manufactures products that span a vast group of markets including digital imaging products, medical imaging equipment, TV’s and other home electronics as well as their motion pictures division, Sony Pictures Entertainment.  This gives them great brand recognition and provides a sense of security with consumers who purchase Sony products.  They see the name and think, “Oh, it’s a Sony, they’ve been around forever.”

No matter how great their brand recognition is, brand recognition alone won’t produce profits for the company.  As a small business owner being an outsider looking in, it seems obvious that the company needs restructuring and reorganizing in a way that will streamline their divisions, eliminate a lot of bureaucracy and allow for better communication and planning between divisions.  They also need to focus their efforts and put strong leaders and innovators at the heads of each of their divisions.

Despite the doom and gloom outlook other media are portraying, Mr. Kazuo Hiari does plan to do just that.  He stated during the recent conference, “the management layer that separated our customer and B2B businesses have been eliminated so that businesses can be run under the banner of one management. This will improve our speed and also enhance mutual corporation within the Sony Group.”  He went on to say, “We plan to focus our investments in our three core businesses, digital imaging, game and mobile as well as the medical business.”

It won’t surprise me if Sony gets out of the mobile electronics industry as a result of this restructuring.  Sony reminds me of Fujitsu Ten, maker of Eclipse car audio products.  The company pulled out of aftermarket car audio electronics years ago after failing to produce car stereos that had the innovative features consumers wanted.  By the time they started listening to consumer interests, it was too late.  They were always trying to catch up with their competitors.  The features and technologies their stereos offered always seemed to be at least a year behind every other manufacturer.  After years of losing money in that category, Fujitsu Ten cut their losses and said good bye to their aftermarket car audio electronics division.

I have a feeling Sony will take a similar route to Fujitsu Ten and I think we may see them pull out of the aftermarket mobile electronics industry.  Unless of course, they can get that Mirror Link A/V unit in production soon OR come up with some other very innovative and attractive feature for their mobile electronics line.  If Sony’s newly re-found passion and dedication doesn’t make into the mobile electronics division, I doubt we’ll see this area of business last.

Where will Sony go from here?

As far as the brand going under?  I highly doubt that.  It’s obvious Mr. Kazuo Hirai’s is well aware of the dire situation and pressing need to make change NOW.  This is what any business owner would do in a similar situation.  Acknowledge the situation, come up with a plan of action and implement that plan as soon as possible.  Mr Kazuo Hirai’s final words at the conference appeared to be honest and inspiring:

“Making this happen will require determination on my part and on the part of each Sony employee. But for Sony to be restored and to grow, we cannot shy away from difficult decisions and executions. Sony will not change unless we meet our challenges head-on, increase our business speed, revitalize our business portfolio and bring about innovation inspire curiosity in people around the world and touch our customer’s hearts with our products and services. That is a goal for which Sony aims.”

I think Sony will pull through.  In fact, in my humble opinion, I think it’s probably not a bad idea to buy some stock in them right now ($17.54 a share as of this writing).  I think they can turn it around and become a strong leader and innovator in the electronics and entertainment industry once again.

Will we ever see anything like their Mobile ES line again?  I doubt it.  I think Sony’s strength will lie in other markets as outlined during the conference like gaming, entertainment and imaging electronics.

Regardless, I’ll always remember Sony for their CDX-C90.  It’s copper chassis and expansive equalizer left a lasting impression on me early on in my mobile electronics career.  Hopefully, Sony will begin leaving that kind of impression on consumers once again with new and exciting products.  Only time will tell.  I truly wish everyone at Sony the best of luck. 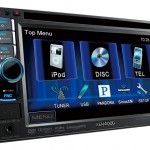 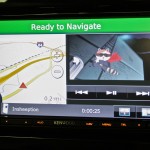