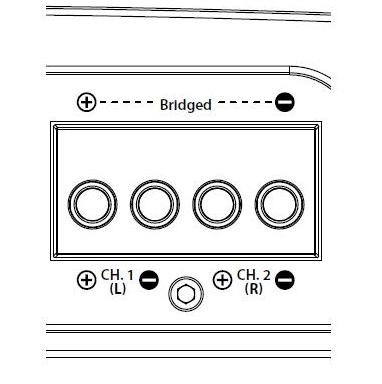 To bridge a 2 channel amp you usually need to use the left positive and right negative on the amp terminals. 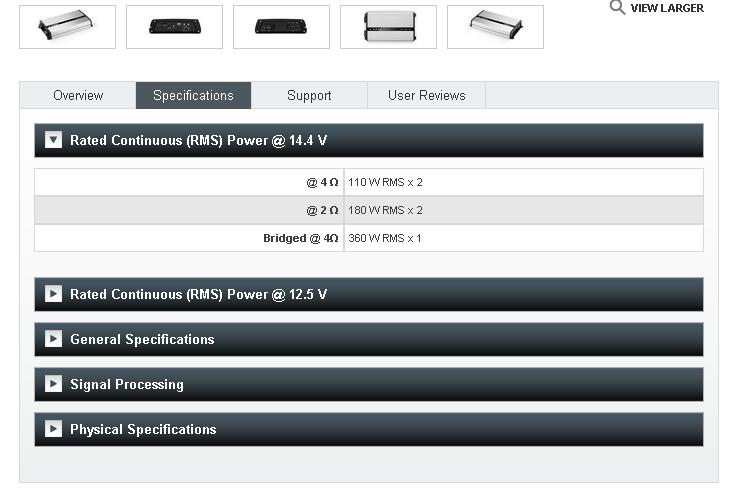 Various different ratings on a 2 channel as described by the manufacturer.